It is almost 200 years that our family, also known as “I Cini” in Genoese dialect, has been devoted to the cultivation of basil in Genova Pra’. “Semmo gente de villa” is a typical Genoese saying which means “we are rural people” who, thanks to agricultural competence, perseverance and love for our land, were able to master this kind of cultivation. 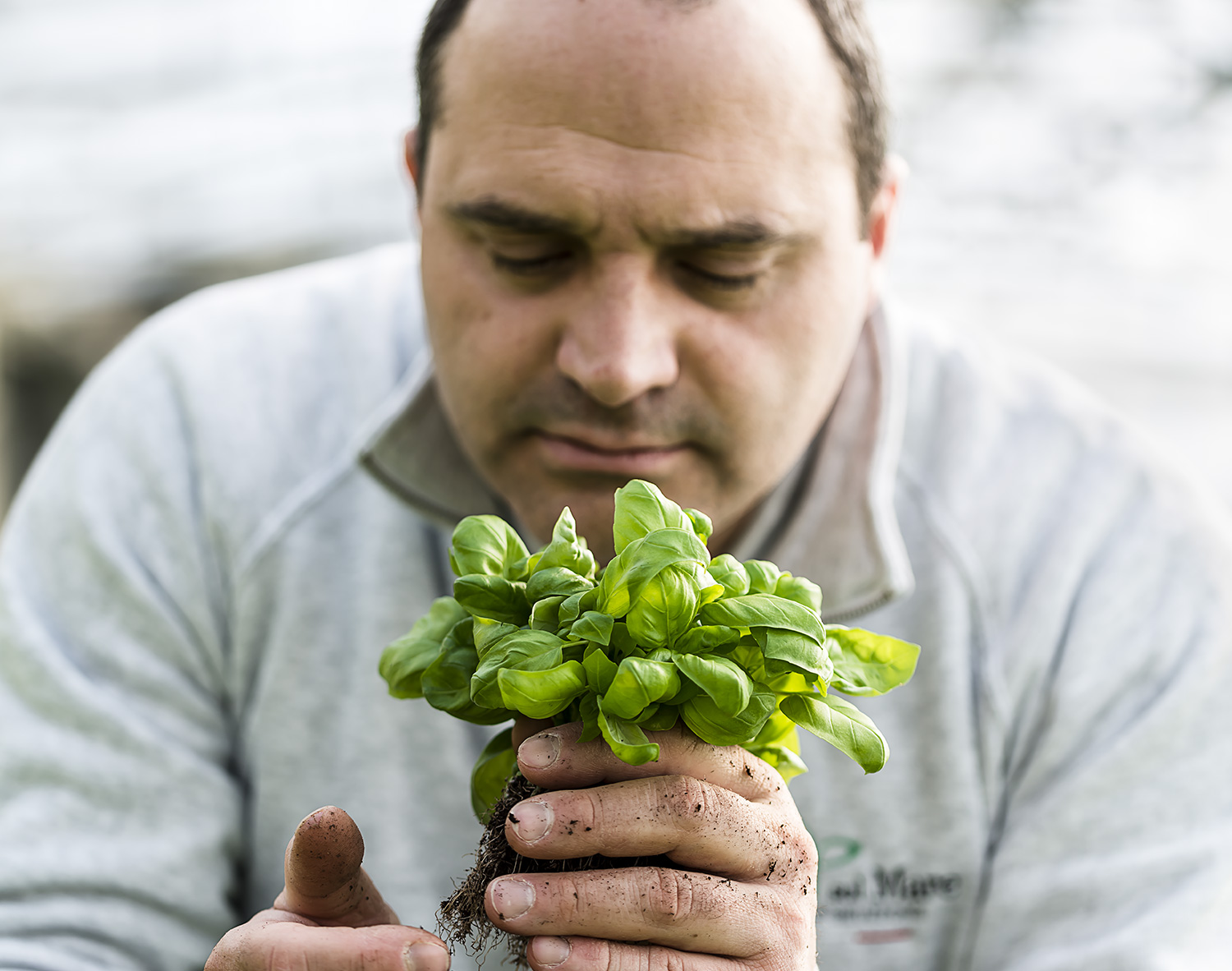 As a matter of fact, during the first decades of the XIX century, on the terraced hills of Pra’, the first greenhouses began to appear, and basil cultivation was gradually transferred, for the long term and all year round, to these protected facilities, which in Genoese dialect were called “stuffe” (stoves), in reference to the heating system that they activated.

This kind of cultivation, a peculiarity of Pra’ and Genova, will be the beginning of a new evolution in the field of basil cultivation and in its organoleptic characteristics. This will make basil, the one cultivated in Pra’, the most exquisite of the Ligurian Riviera and the most appreciated in the world.